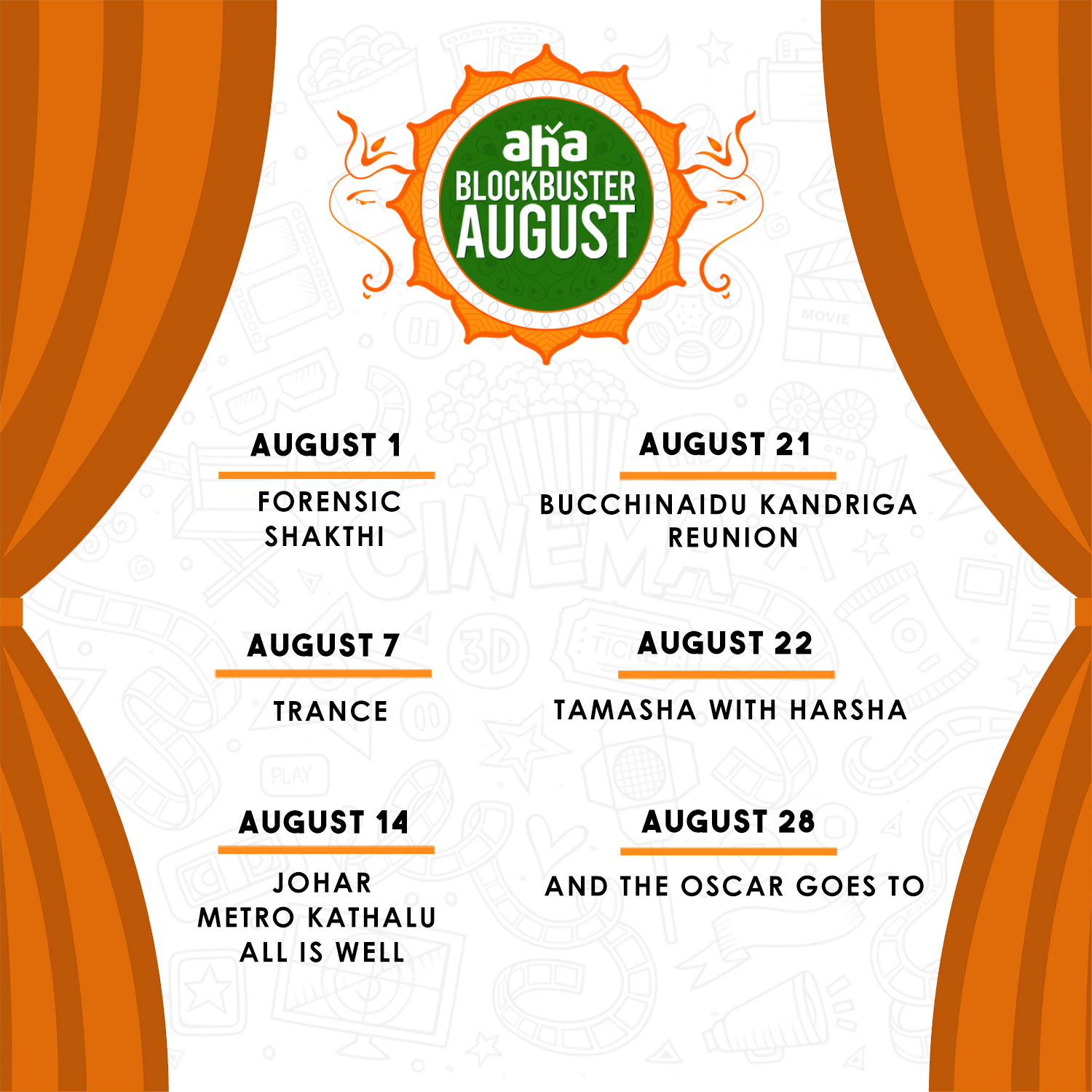 Popular TV host and anchor Suma Kanakala announced the August line-up for 100% Telugu OTT platform aha earlier today through a Facebook live session where she was joined by renowned producer Dil Raju, actor and comedian Harsha Chemudu and others.

The first announcement was made by producer Dil Raju of Sri Venkateswara Creations who revealed that the film Bucchinaidu Kandriga is set to release on aha on August 21. Speaking about the film and its release on aha, he shared, “I am always happy to encourage and nurture young talent! Bucchinaidu Kandirga is one such film that really impressed me with a passionate cast and crew. Very happy that the world will see the film on aha, a platform that is bringing Telugu entertainment into the spotlight.”

Popular influencer, actor and comedian Harsha Chemudu joined in to announce his comedy reality show Tamasha With Harsha that will have its first episode release on August 22. The actor earlier starred in the aha original web series Shit Happens! “I am glad my association with aha continues! Tamasha will be a mad ride everyone will love,” Harsha said.

Lastly, making another big announcement of the evening was Suma herself. The popular name in Telugu entertainment is set to venture into the OTT space for the first time with a unique show – All Is Well! “This is the most unique show that I have ever been part of and it will be perfectly relevant to today’s times. I don’t wish to reveal anything yet,” she said.

After giving the best in entertainment in the month of July, aha is taking the entertainment galore forward in the month of August, with major announcements that will give the audience a lot to look forward to around the festive season of Independence Day and Vinayaka Chavithi! With innovative marketing techniques and some very aggressive promotional strategies in place, team aha is going all out to reach the audience at large and has managed to garner over 3 million mobile app downloads and 12 million users since the launch in February.